How to Install and Replace Range Rover Sport Parts and Accessories

Posted at 08:16h in Automotive by Shawn Andrews 0 Comments

In 2006 the first Range Rover Sport made its debut and this was at a time when the demand for SUVs was constantly growing. That first model had the same chassis as Discovery but with a different body. This model lasted until 2009 when the second iteration of the Sport was introduced which lasted until 2013. This was a performance oriented upgrade that also included a discreet face lift. The 2014 Range Rover Sport had up to 75% of its parts changed and it also had a bold and progressive exterior. The model had a more angled windscreen and a sloping roofline.

What followed was the 2018 Sport model which had refreshed tech, engine and style. This vehicle offered a sportier bumper, new headlights and a slight change in the grille design too. There is also a 2019 version of the Sport which together with the 2018 are still being produced. The 2019 model is a special edition vehicle which has carbon fibre trim on the tailgate, bonnet, grille and even side air vents. The Range Rover Sport series has surely come a long way but the vehicles still need to be looked after no matter how well they works on their own. 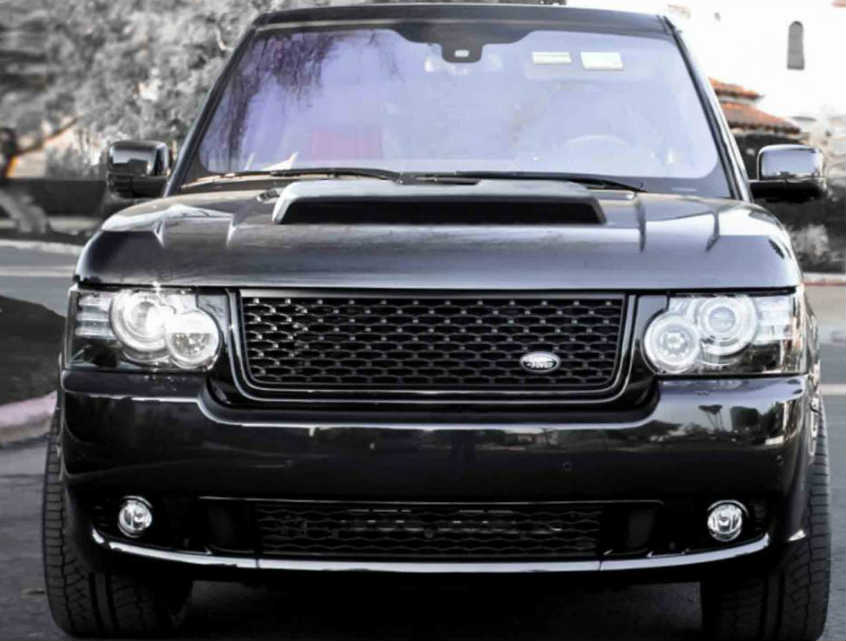 How to Install a Bonnet Scoop

Bonnet scoops are accessories that can be used for function and style too. Function-wise, these Range Rover Sport parts and accessories can provide cooler air for the engine thus make for better performance and mileage. If you want to install bonnet scoops, all you need to do is tape them on the hood.

1. Prepare the bonnet by cleaning it with car wash soap and water. Then you’ll need to use some paint prep in order to get rid of oils and traces of wax. This preparation will allow the tape on the bonnet scoop to stick to the bonnet properly.

2. Next, you’ll need to find the centre line of the bonnet and mark it with masking tape. With the help of measuring tape, do this in different spots from the front to the rear in order to get a visual representation of where the centre line is. Then you need to position the scoop where you want to have it sit whilst making sure you have it placed so that there is an equal amount of distance from the side, front and rear edges. 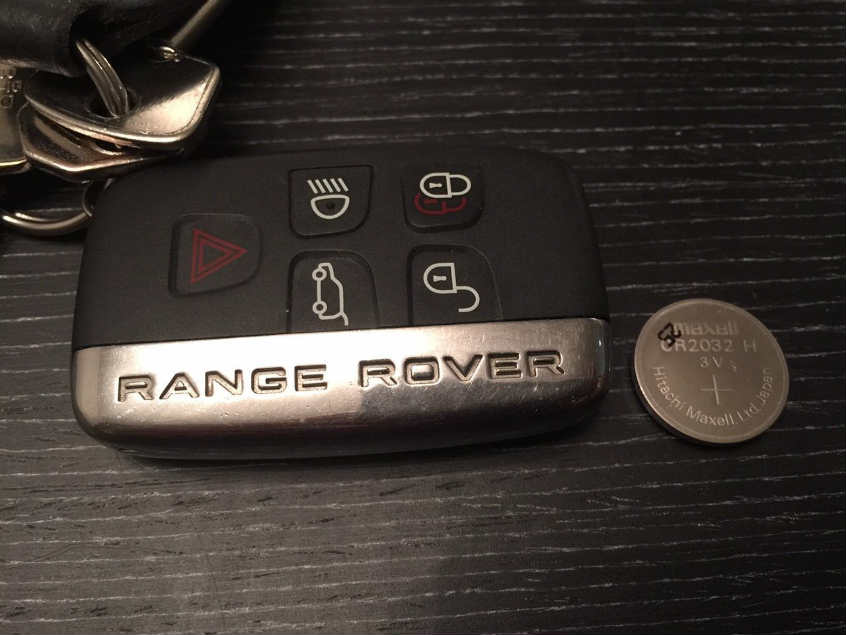 1. Changing the battery key on the Range Rover Sport is actually pretty easy. You can do this either with a small screwdriver or long enough nails. There is a little button on the lower side of the key which you need to press. Pressing this button brings out the key from the housing.

2. After that put in your screwdriver or the key itself inside the hole where it was sitting just a little bit so you can pry open the plastic piece on the back. This is where you’ll find the battery for which you’ll need to use the small screwdriver in order to remove it. Then, just place the new battery in with the plus sign facing upwards. Lastly, assemble the key by reversing the order in which you removed the two parts. 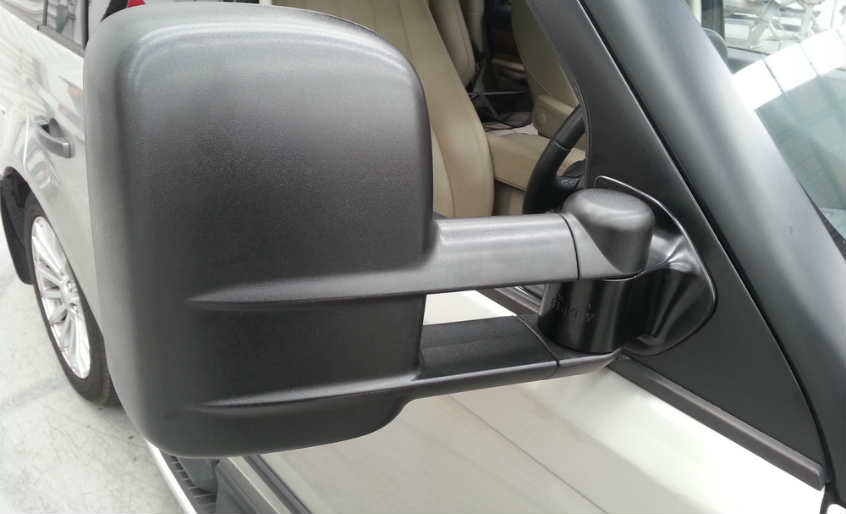 How to Install Towing Mirrors

1. For this installation you don’t need to remove the door panel in order to get access to the mirror assembly. Get your screwdriver and take the top of the quarter port cover off and then flex the cover in order to release the tab holding the rest of it. There is a lip holding the lower part of the cover which you need to get in with the screwdriver and twist a little bit so you release the tab the lip is on.

2. After that, you need to prop out the plug sitting a little bit behind the panel the same way you removed the cover. Then, take your rattle gun or hand screwdriver and remove the three screws using a T-25 bit. When removing the top screw, grab a hold of the mirror so it doesn’t fall off. Once every screw is removed take the mirror out of its place – give it a little wiggle if you need too. Do the same steps just in a reverse order to install the towing mirror and you’re done. 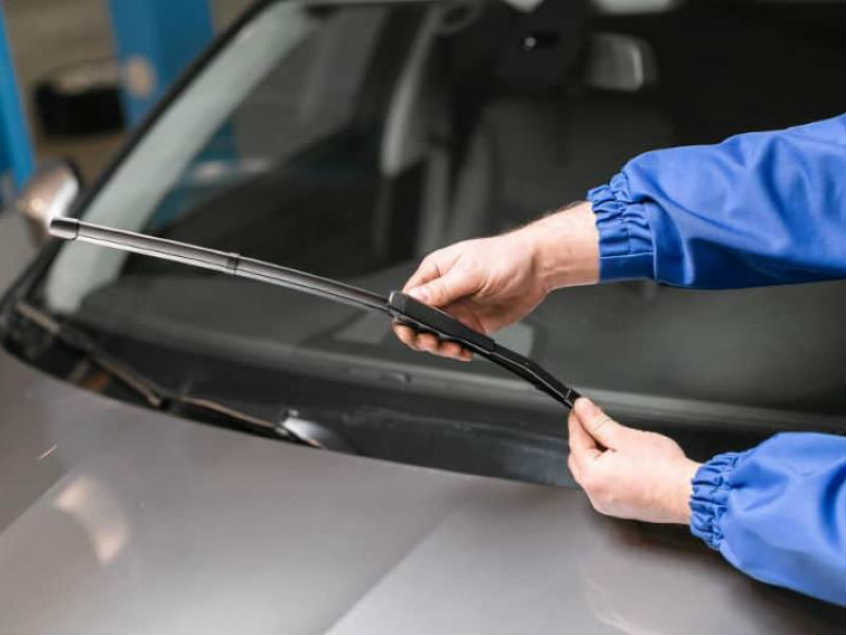 How to Change Windshield Wiper Blades on Range Rover Sport

Changing the wiper blades is a very simple task too. All you need to do is find the release tab that holds the wiper arm to the blade and press on it to release the blade. Then just pull out the wiper blade away from the arm and slide in the new one. It should click when you’ve placed it back on the lever inside the tab and then just close the tab.